In Innsbruck as the guests of Mr. Dietmar Zingl of Innsbruck’s Leo Kino theater, Gitsch and Strohmaier spoke before an auditorium of students in the University’s Department of American Studies where they were introduced by Dr. Christian Quendler, Associate Professor. 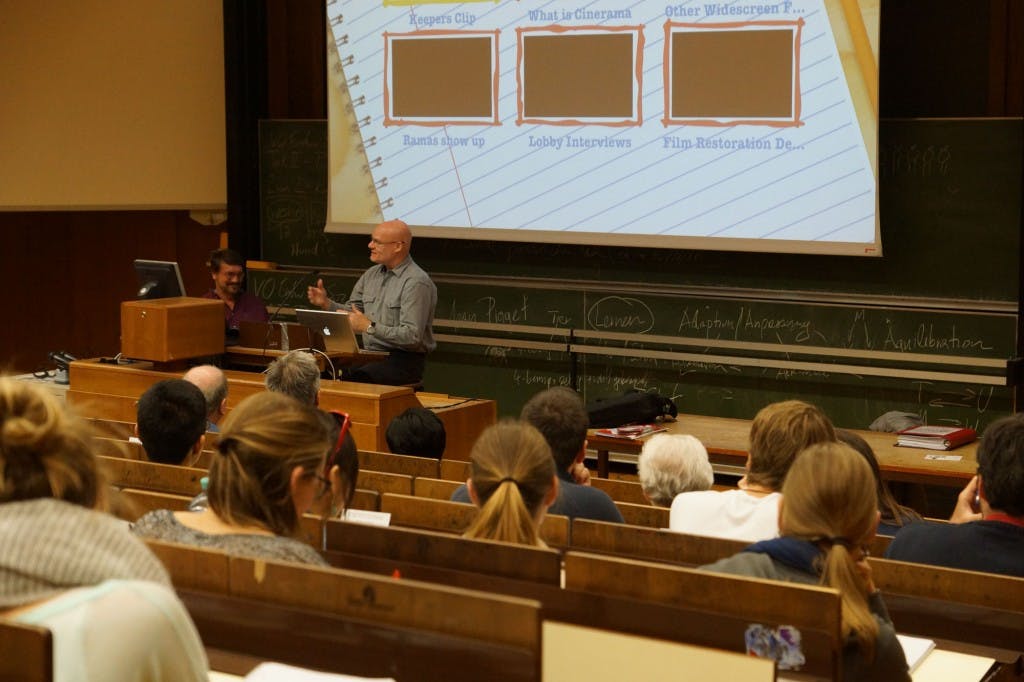 After Gitsch gave a biographical background on their combined 70+ year careers in Hollywood, Strohmaier gave a video-assisted presentation on 22 different restoration and remastering obstacles he had to tackle in their digital transmutations of analog, 3-panel Cinerama.  Gitsch and Strohmaier then joined in an overview of production concerns common to independent filmmakers and documentarians, including fund-raising, stock footage clip and still photo licensing and promotion/publicity.  In elaborating upon the production concerns of restorationists, Gitsch revealed that he has duly re-copyrighted each of their new digitally re-mastered versions. 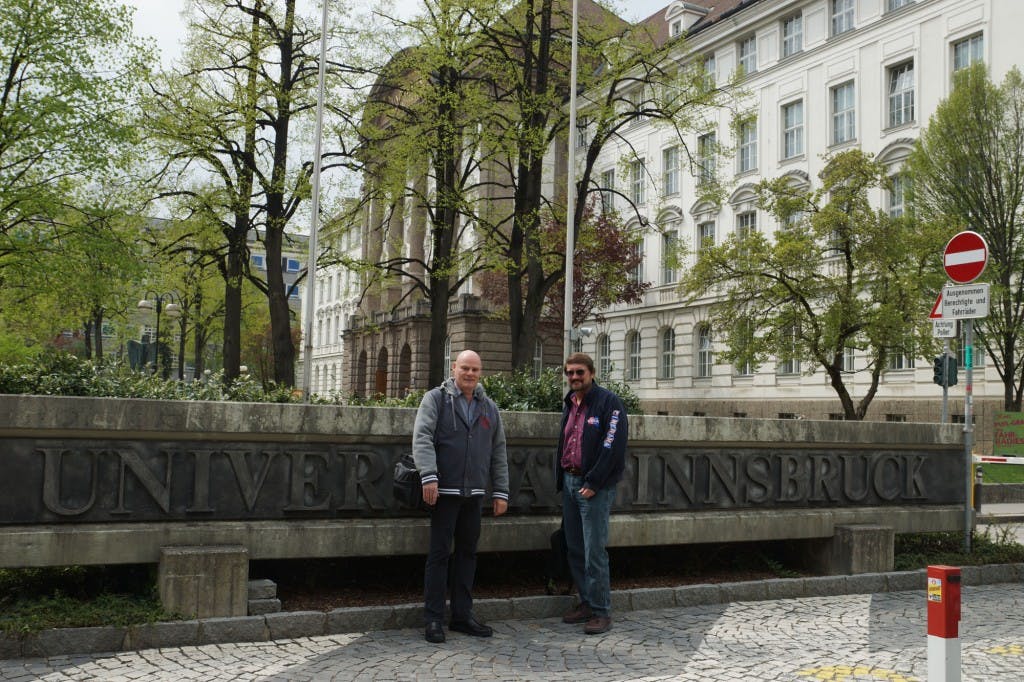 Gitsch and Strohmaier were in Innsbruck to kick off the Austrian leg of their 2015 European Cinerama Festival Tour, which commenced in Karlsruhe, Germany, at the Schauberg Cinerama theater on April 18. They have subsequently moved on to their 3rd stop, Dusseldorf, Germany, where they are in the midst of presenting 8 of their re-mastered, recombined and Smileboxed feature films at the Metropol  Kino.

Their last stop will be Oslo, Norway, where they again will present from DCP, a festival of these digitized Cinerama motion pictures at the Norwegian Cinemateket.

A specialized letterboxed graphic, Smilebox® Curved Screen Simulation, was created by Dave Strohmaier and is used on all of the 3-panel Cinerama release motion pictures being screened in the 2015 European Cinerama festival tour.