Digital Asset Symposium (DAS) 2015 took place in New York City at The Museum of Modern Art on May 8. Event organizers and hosts were Chris Lacinak and PRO-TEK VP Tom Regal, who curated a show featuring a diverse collection of digital asset archiving stories and offering something for everyone.

As different as the presentations were – imagine speakers from both the FBI and the WWE (World Wrestling Entertainment) sharing the same stage – a strong overarching theme emerged: No matter how smart the software and how robust the hardware, smart people are needed every step of the way.

Following is an overview of the presentations.

The collection at New York City’s Museum of Modern Art is as mixed-media as art gets – including over 500 hours of film from artist Andy Warhol, early video games and 40-channel sound works. From paintings to video to unique installations, Fino-Radin has managed it all. He covered his basic workflow and technologies they use, including open source digital preservation software Archivematica.

Solitude’s presentation featured another example of digitizing and organizing diverse museum collections. The Belgium Ministry of Culture wanted to create a web portal for the public that returns solid search results around whatever artist or work is being searched for, but also mimics the way a human imagination would think about things. The strategy is to analyze the way people search, not just what they search for, in order to provide richer returns from what’s available in their system.

More on Perfect Memory and the Wallonie-Brussels Federation. 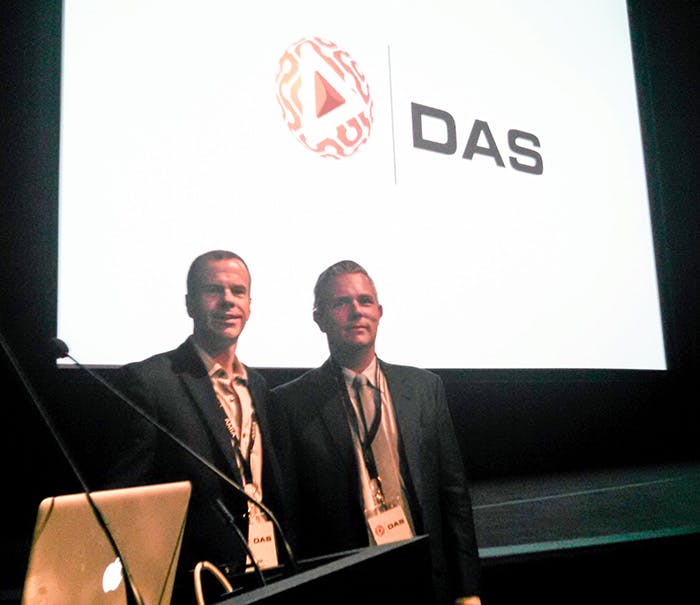 There is always great curiosity and interest in the growing field of digital media in law enforcement and how materials are stored and retrieved without compromising civil rights and chain-of-custody. While Bruehs was not able to share all details with the DAS audience (in fact, gaining FBI approval to be a presenter took several proposals and authorizations), he did offer an interesting peek into the work of the Agency’s Film and Video Authentication Unit, known by the acronym FAVIAU.

Johns Hopkins and its affiliates are the largest recipients of medical and scientific grants from the U.S. Government, and the strings that are attached to this funding includes public access.

Choudhury spoke about the scientific data they are building into a uniform, searchable database to curate relevant materials and organize using common lexicography for search. His team began by learning the specialized nomenclature used in the lab, in the research paper and grant proposal writing process, in schools and so on. By aggregating this information, they built a framework to encompass both civilian and academic worlds and formats.

Looking at ways to study culture through various audio recordings, Clement looked for ways to annotate and extract audio in a similar way to text. Her explorations led to HiPSTAS, High Performance Sound Technologies for Access and Scholarship. The goal was to create a set of tools to provide better access to audio. The software they have developed is called ARLO and it allows a researcher to pull out only relevant audio material from dense, noisy recordings, such as individual voices, stories from songs, specific instruments, etc., which can be annotated and compared at a very detailed level.

More on HiPSTAS at the University of Texas website.

Tagasauris was approached by the TED Institute to work with them on indexing and cataloguing TED Talks – a forum where various thinkers deliver speeches on their areas of expertise. Carter talked about creating a database to enable researchers to interface with the video content as if it was data, so instead of reviewing an entire video, they could pick out relevant bits, essentially linking into the video content rather than to the video file.

To say video is a growing digital medium would be a gross understatement. Every day, 432,000 hours of video are uploaded to YouTube –that’s 50 years’ worth of viewing. Better video search is a big opportunity.

The Institute is trying to ingest and provide access to all television and film in The Netherlands as single source for researchers. They are ingesting 8,000 hours of video and 54,000 hours of audio annually. Like TED and HiPSTAS, they want identify a presenter or a subject within a video. And like their culture peers in Belgium, they want to group similar subjects and presenters for deeper, more contextual search results. Like the other DAS speakers, Ooman is creating tools that both automate the process and interact with humans at the same time.

WWE (World Wrestling Entertainment) is a hugely popular entertainment business. Shaw delivered a fascinating talk about taming and delivering a massive amount of audio-visual data to a wide audience. To put this statement into perspective, WWE stages live shows and pay-per-view events 52 weeks a year. They are in 116 venues, performing 320 events annually. They get 13 million viewers per week in 170 countries and over 35 languages. Because WWE fans prefer online and subscription streaming they can watch on phones, computers, gaming devices and tablets, WWE became the first ever 24/7 direct-to-consumer premium network. Shaw shared how they created this service in less than five months by hiring an army of fans to log metadata, perhaps one of the biggest user-generated content undertakings in the world to date.

For more information on AMIA (Association of Moving Image Archivists), click on this link:

We look forward to seeing you at the next Digital Asset Symposium in November in Portland.

Danny Kuchuck is a filmmaker, writer and archivist living in New York. He is a former film technician and project manager for LAC Group, and prior to that, PRO-TEK Vaults.