PRO-TEK’S Still Photo Operations Manager, Randy Gitsch, helped premiere two new Cinerama motion picture digital re-masters at the Bradford International Film Festival in Yorkshire.  With his production partner, Dave Strohmaier, who is head of restoration for Pacific Theater’s Cinerama assets, Gitsch presented 2K versions of the former 3-panel road show versions of Cinerama’s “Seven Wonders of the World” (1956) and “Search for Paradise” (1957). Cinerama might be considered the IMAX of its age, with a widescreen process developed to immerse the audience in the experience on-screen. (Click here for more on Cinerama)

Shown as part of the larger festival’s Widescreen Weekend event, both Gitsch and Strohmaier are repeat guests of the festival and have now completed the restoration, recombining (from 3 separate film sources into one unified image), and re-mastering of all six legacy, triptych titles in the Cinerama film library. They have also formatted each title in Strohmaier’s trademarked “Smilebox” Curved Screen Simulation computer graphic, to replicate an authentic Cinerama theater view of each title.  In the annual event held in the National Media Museum’s Pictureville Theater, one of only three cinemas remaining in the world equipped to triple-screen analog Cinerama film prints onto their 146 degree curved screen, Gitsch and Strohmaier also presented a newly re-mastered 70mm short subject and mock trailers for two additional 70mm widescreen features on which they’ve recently worked.

After attending the festival, both traveled south to London where they met with Chairman Roland Brown and other members of the BKSTS (British Kinematograph, Sound and Television Society, www.bksts.com) 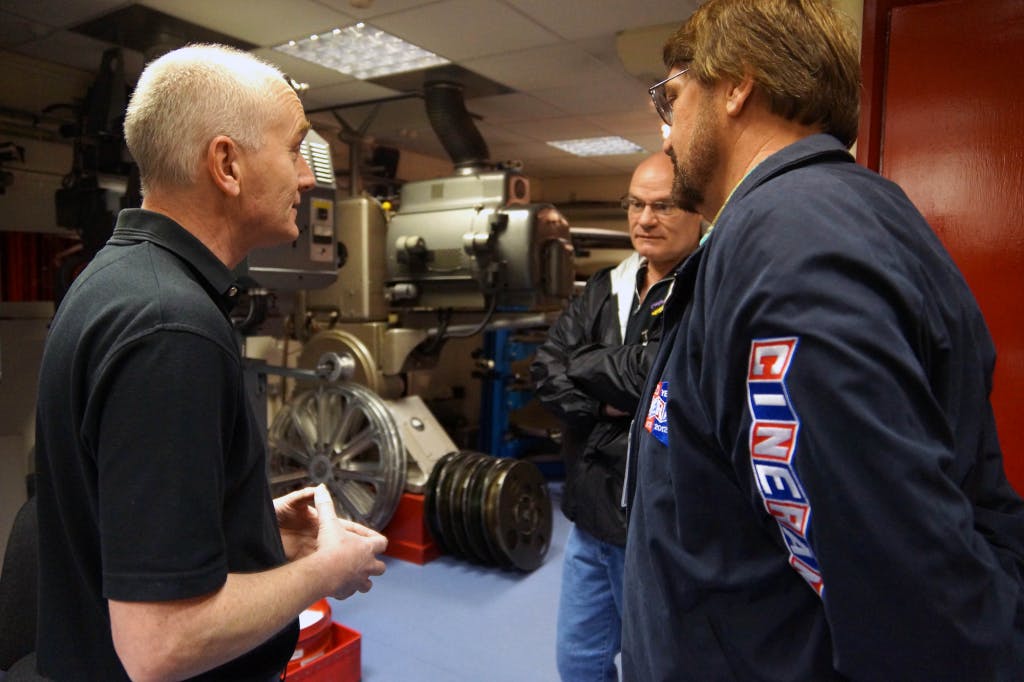 Gitsch introduces one of the latest digital Cinerama process pictures and provides a historical perspective. [Photo by Linda Carfagno] 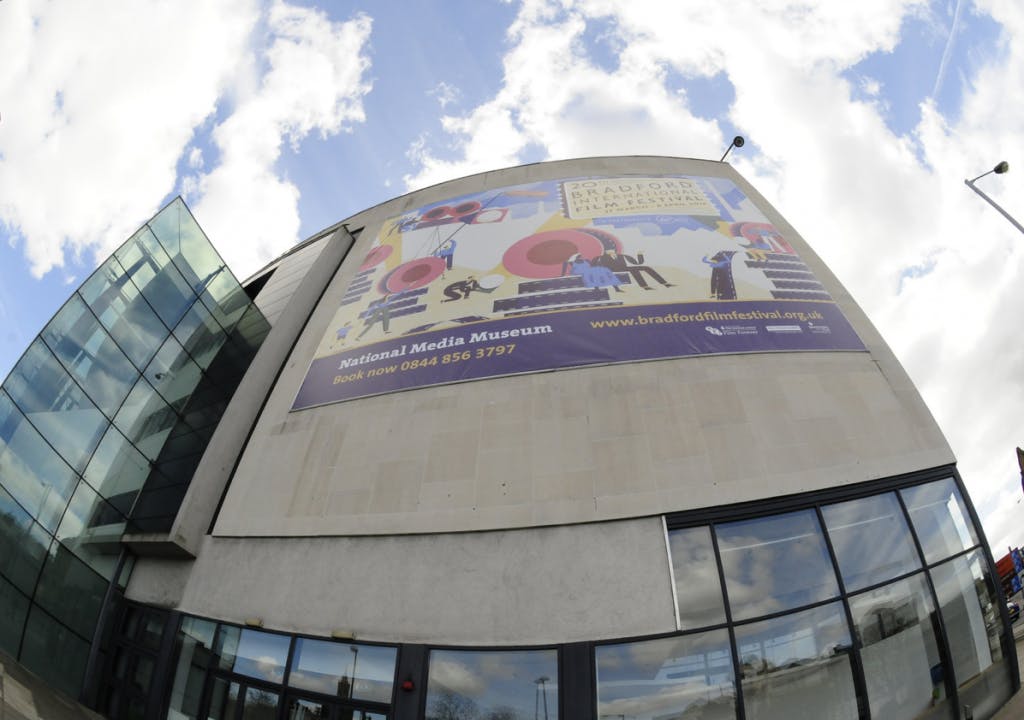 The National Media Museum hosted its 20th annual Bradford International Film Festival, drawing guests from the U.S., Canada, Australia, and across Europe and the United Kingdom. {Photo by Linda Carfagno]